Ruby Dang, Partner/Director of Marketing and Client Services, received Texas Democratic Women Harris County Chapter (TDWHarris) “Rising Star Award” at their annual Women Making History Awards Luncheon. The awards recognize women who are making a significant positive contribution to the Houston community. Ms. Dang has been with our Firm for 28 years. She is a… Read more

Garcia Hamilton & Associates January 2022 Gazette.  Click on the picture or the link above to read the latest GH&A Gazette… Read more

We are thrilled to announce that Don Elsenbrock and Morgan Doyle have been named firm Partners. Mr. Elsenbrock joined Garcia Hamilton & Associates L.P. in May of 2014 as an Investment Analyst and was promoted to Fixed Income Portfolio Manager in December 2014. In addition to his portfolio management duties, Mr. Elsenbrock also serves as… Read more

Garcia Hamilton & Associates reached $13 billion in assets under management during the first quarter of 2019. The firm grew at 29% year-over-year as of January 2019, and pushed the firm’s AUM through the $13 billion mark… Read more

We are happy to announce that Ben Monkiewicz and Gary Montgomery have been named firm Partners. Mr. Monkiewicz joined Garcia Hamilton & Associates in 2010 and is now a Fixed Income Portfolio Manager.  Mr. Montgomery has been with the firm since 2007 and currently holds the position of IT Systems Administrator… Read more

The Securities and Exchange Commission has appointed Gilbert Garcia, Managing Partner of Garcia Hamilton & Associates, to the Fixed Income Market Structure Advisory Committee. The committee will initially focus on the corporate bond and municipal securities markets and will provide valuable insight to the Commission from a diverse group of market participants and industry professionals. “I am… Read more

Garcia Hamilton & Associates reached $9 billion in assets under management during the second quarter of 2017. The firm grew at 16% year-to-date as of June 2017 pushing the firm’s AUM through the $9 billion mark… Read more

Houston, May 3, 2017— Garcia Hamilton & Associates announces the launch of their new mutual fund partnership with Nomura Asset Management. The Garcia Hamilton US Quality Bond Fund is already $180 million in size and is benchmarked against the Bloomberg Bar-clays U.S. Aggregate Index. The fund is exclusively offered to Japanese retail investors in Japan… Read more

Garcia Hamilton & Associates has been named to the list of “Best Places to Work in Money Management 2016” by Pension and Investment magazine.  GH&A joins the list of 50 investment management firms chosen based on a comprehensive employee survey P&I magazine conducts every year… Read more

September 10, 2016 – GHA is pleased to announce that Yvette Dueñas has joined the firm as an Investment Analyst. Ms. Dueñas began her career in finance as an accountant with Valero Energy Corporation. She has served as a Fixed Income Trader & Analyst with Frost Investment Advisors where she was responsible for co-managing the Frost Municipal… Read more

The Metropolitan Transit Authority of Harris County (METRO) pension board now requires at least one emerging manager to be included in every search going forward- a rule they’ve named the “Garcia Rule” after METRO Chairman and our Managing Partner, Gilbert Garcia. The rule is similar to the NFL’s Rooney Rule, which requires at least one… Read more

Garcia Hamilton & Associates was ranked 3rd among Houston-based money managers by assets under management on “The List” for 2015 by the Houston Business Journal. GH&A has established itself as a leading firm not only locally, but also nationally as an outstanding institutional money manager. Awards/rankings may not represent client experiences and are not indicative… Read more

You Ain’t Seen Nothing Yet

At GH&A, we’ve seen a lot happen. From receiving impressive honors to incredible growth in AUM, we’re proud of our team for making things happen. Here are just a few updates. We did it Again!     Janna Hamilton, MC Tyler Mathisen (CNBC Anchor), & Gilbert Garcia celebrate at the Awards ceremony at the Mandarin… Read more 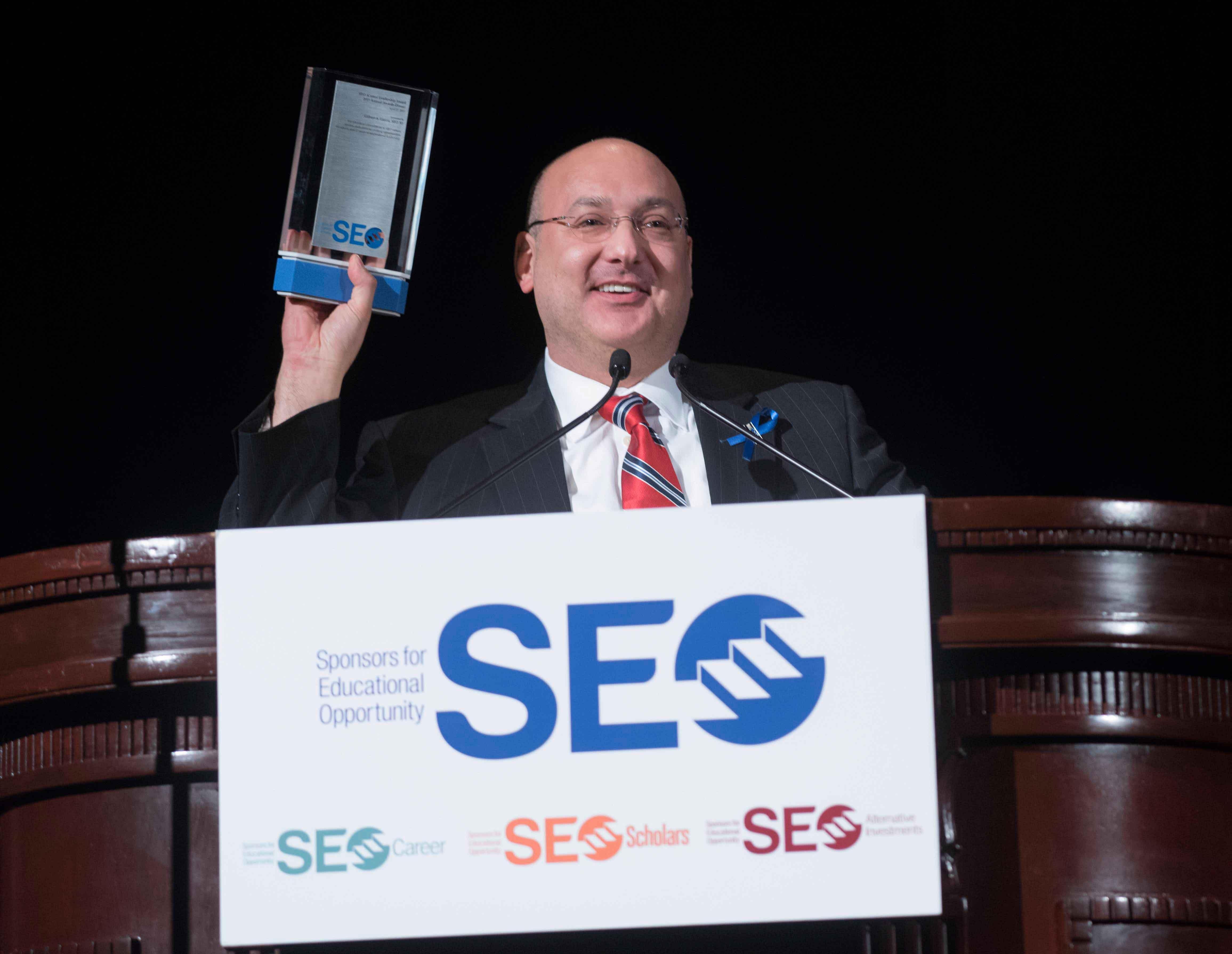 The firm reached $5.1 billion in fixed income assets under management, while the firm’s total assets under management grew to over $5.4 billion. We are extremely excited about our growth over the past year and continue to work hard for our clients. As Gilbert Garcia likes to say, “To be the best, you have to… Read more